Doctors, scientists, research and data: Get kids back in the classroom 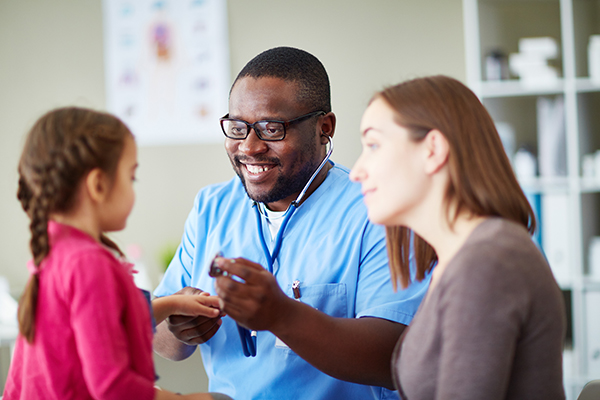 This column originally appeared in the Midland Daily News.

Classrooms should be open this fall for kids whose parents are comfortable sending them back to school. There’s nothing political about it. It’s the conclusion of researchers and doctors, pediatricians and the Centers for Disease Control, the unmistakable direction offered by the science and the data.

The question that remains is whether Gov. Gretchen Whitmer will listen to the experts, put our kids first, and re-open school doors across the state come autumn. We hope she will.

We know re-opening decisions aren’t easy. Doctors and scientists are offering advice that might just startle decision-makers in Lansing, though – ‘open school doors and do so confidently.’

Parents needn’t look far for insight from leading physicians. Late last month, the Michigan Chapter of the American Academy of Pediatrics weighed in, pointing to medical science that says keeping school doors closed does more harm than good. The organization, which represents doctors who specialize in keeping kids healthy, published a formal statement, citing science and data, urging the governor to let kids back in the classroom.

“Children… are at lower risk of contracting COVID-19 and are less likely to be primary vectors for the spread of COVID-19,” the pediatricians concluded.

But it wasn’t just the low risk of contracting or spreading the virus that has them calling for the morning bell.

They’ve also concluded that “despite the disproportionately, small effect of (the virus) on children,” school closures have put the mental and social health of children at risk,” in addition to affecting their academic futures.

The absence of mental health supports, therapy services, instruction for English language learners, school-based health services and even meals is being felt acutely by our state’s kids.

The Centers for Disease Control agrees. Its director made national headlines just days ago when he argued that keeping schools closed in the coming school year is a greater risk to children’s health than reopening them.

“I cannot overstate how important I think it is now to get our schools in this nation reopened (for the upcoming school year),” he told reporters. “The reason I push it is that I truly believe it’s for the public health benefit of these kids.”

Michigan pediatricians and national health experts are hardly shooting blind. Their recommendations are based on an impressive and growing library of evidence that says students are at significantly lower risk of contracting, struggling to overcome, and even transmitting COVID-19.

A study by the medical faculty of the Technical University of Dresden looked at more than 2,000 schoolchildren and teachers tested for COVID-19 antibodies since their schools reopened in the spring.

An analysis of the study points to startling results. Rather than serving as “super spreaders,” the science says “children act more like a break on infection.”

Other researchers, published in the New England Journal of Medicine, sequenced the genome of the virus, allowing them to trace who spread it to who, and they found similar results. Children, scientists concluded, are less likely to contract the virus, to get seriously ill if they do contract it, or to spread it.

“Even if children do get infected, they are less likely to transmit the disease to others… we have not found a single instance of a child infecting parents,” the study’s senior author concluded.

Infectious disease experts in the United Kingdom have similarly concluded “children are not COVID-19 super spreaders: time to go back to school.”

School districts can embrace the science, and take additional steps to protect teachers. A safe working environment means distancing, masks, daily thorough cleaning of classrooms and other precautions that empower teachers to return comfortably to the classroom, or allow them to transition to an online setting.

Classroom learning might not be right for every student and every family, and parents deserve the right and the opportunity to make those calls. Having the option, though, requires open school doors for those healthy enough to walk through them.

Beth DeShone is the executive director of the Great Lakes Education Project.