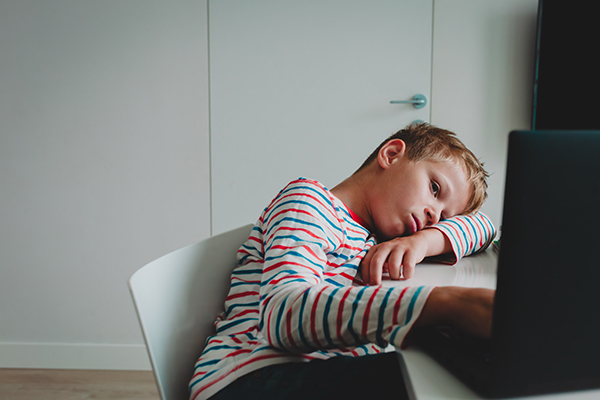 Too many tens of thousands of Michigan students remain locked out of their classrooms by an anti-science, anti-data governor and local union leaders who have rejected the advice of physicians and epidemiologists by banning students from school property.

Just wait until March 1, they tell us. Then, maybe – just maybe – they might open their doors.

Michigan students need help and they need it now. It’s up to local districts to do what Governor Whitmer and her campaign donors won’t – put the needs of students first.

There’s good news, though. Late last week the state House of Representatives announced its committee assignments for the new legislative term, and the House Education Policy Committee is filled with pro-student, pro-parent champions who’ve demonstrated a commitment to defend kids.

We’re asking them to hold the administration accountable for its devastation of the state’s school landscape, and to do the hard work of empowering parents with better options to help their children have a successful education.

“Governor Whitmer’s decision to lock students out of their classrooms has had a devastating impact on Michigan children, particularly those from low-income families.”

“It will take years for students to overcome learning losses created by Whitmer’s unscientific lockdowns, instituted in conflict with the evidence and against the advice of physicians and the CDC.”

Learning loss is real, and it’s months past devastating.

Public school experts have weighed in, and they’ve concluded it’ll take many students years to catch up. Tragically, they believe many simply never will.

The worst part of all? None of it had to happen. Scientists, doctors, and epidemiologists said not to close schools. They provided the science and the data demonstrating the low risk, and the opportunities to continue teaching kids safely in person.

That’s in the past now. The damage is done, and there’ll be years left for finger pointing. The important thing now is fixing the problem.

The first critical step to meeting the needs of these students is to get them back in the classroom, and the time to unlock school doors is now, not March.

Governor Whitmer’s recent decision to simply ask schools to re-open, and only after 7 more weeks pass, only makes Michigan’s education crisis worse. Meanwhile, teachers can only hope they’ll actually be able to receive their vaccinations, amidst the state’s disastrous rollout of the COVID-19 immunization. 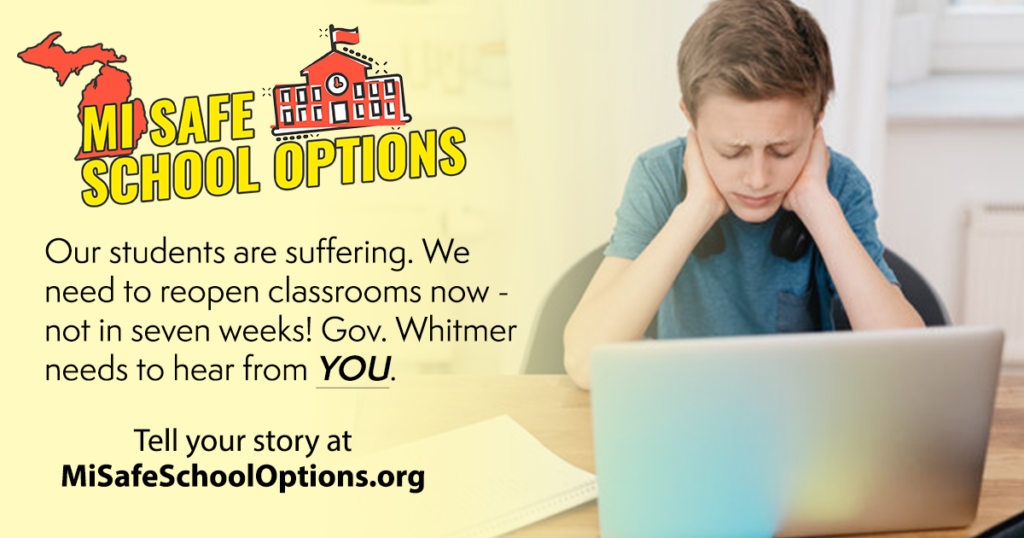 It’s not too late to speak out about school closures affecting your family.

Please visit MISafeSchoolOptions.org today and send Governor Whitmer a letter telling her your student’s story. Encourage her to follow the science and the data and to open Michigan’s schools.